“Where did the wealth come from? Hard work, thriftiness and smart investing throughout her life …”

gene Oregon during the Great Depression, Mrs. Gordon knew what it was like to do without.  That’s why, when she later got a job as a trading assistant at an investment firm in Seattle, she learned all she could about investing and wealth accumulation.

She squirreled away every extra dollar she could to invest in blue-chip stocks that would pay her handsome dividends in the years to come. And pay off they did.  Thanks to her early hard work, thriftiness and smart investing Mrs. Gordon was able to live her later years in comfort and leave quite a bit for some deserving institutions as well.

Through shrewd investing, a Northern Idaho native was able to transform a small inheritance into a $12 million estate which is now used to benefit the underserved communities in the Silver Valley area of Northern Idaho. Margaret Featherstone Galbraith believed that the Inland Northwest Community Foundation (Innovia Foundation) would be the best place to leave her estate as a means to distribute grant money to deserving charities and causes in the surrounding area.  Margaret left this amazing gift back in 2005 which would be the largest ever received by Innovia. Thanks to Margaret, youth programs, conservation efforts and overall improvement programs for the Northern Idaho area have received a boost through Innovia’s grant money.  It would also appear that Margaret’s generous gift started a tradition in the area with several other residents following her lead.  Take a look at the wonderful work Innovia provides due to the help of Margaret and so many others:

“He gave it all back to the community.”

No one would mistake today’s Surprise Millionaire, Steve Brewster, for a wealthy business tycoon. However his store, the Sportman’s Chalet, was a popular fixture in the Bellingham Washington community for over 30 years. Unfortunately, Steve found it necessary to sell his business in 2001 due to a significant life change. Diagnosed with multiple sclerosis (MS) around that time, Steve had to focus all of his energy on living with and managing his disease. Which is just what he did for the next two decades. Tragically, Steve lost his battle with MS in 2017 leaving the community he loved behind.

Surely a man who had been battling a progressive disease which was both physically and financially draining would have nothing left to leave the community he loved, right?  Wrong, even with the costs of managing his MS, Steve was still able to accumulate $1 million over the course of his life.   Take a look at how Steve’s generous gift is helping his community. 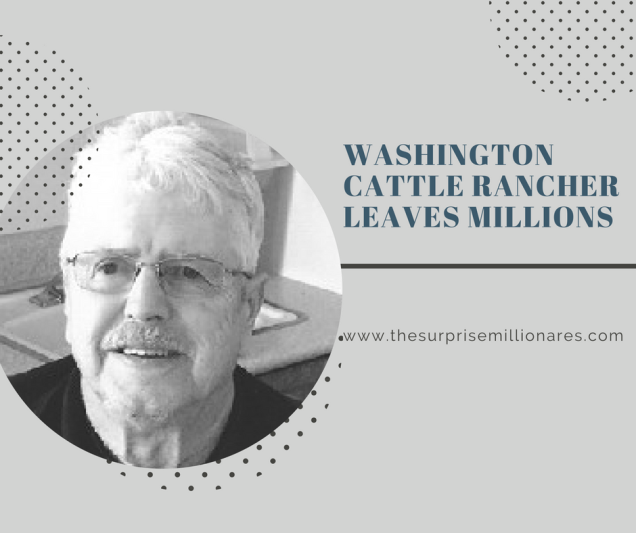 William “Bill” Crosetto of Othello Washington was a cattle rancher and all around good citizen.  A life-long bachelor, Bill lived a quiet life on his cattle ranch outside of town where his work ethic was well-known.  He lived the “early to bed/early to rise” conservative lifestyle of a rancher while still finding time to drive his weathered pickup truck to the local cafe to shoot the breeze with a handful of good friends.

This is why everyone in Othello was shocked to learn that this quiet, unpretentious man was actually a self-made millionaire!  It turns out that Bill had amassed his wealth in cattle ranching but super-sized it by living frugally.

Unknown to most, Bill had been working with a local foundation to set up a multimillion dollar legacy for his community.  After Bill’s passing this past January, his secret was revealed to all.

Where did Bill’s philanthropic streak come from, you might ask?  Many believe he was inspired by a well-known uncle or two.  This is a family with  philanthropy in their DNA.

Whether inspired by his family or all on his own, Bill Crosetto has made a lasting contribution to the community he loved. 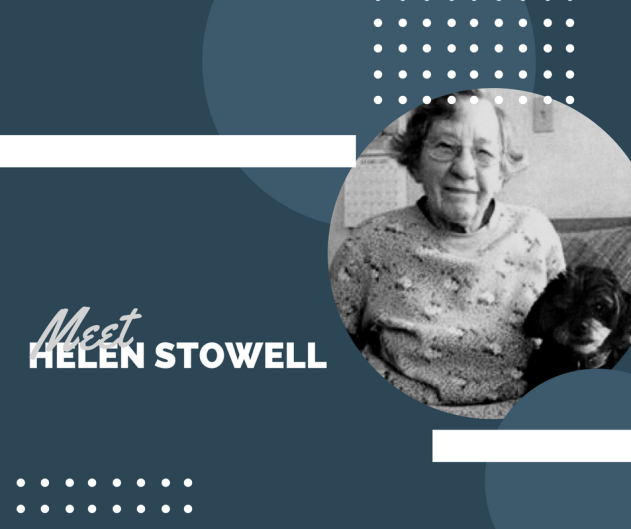 Today’s Surprise Millionaire typifies the very meaning of our saying, “ordinary people, extraordinary wealth”.  A woman who inherited a tidy sum but refused to let it change her lifestyle.  On the contrary, through saving and frugality that “tidy sum” eventually grew into a  wonderful legacy for her community.

“Very simple. She was modest, unassuming. She drove an old Subaru. She gardened, pulled weeds. She walked the neighborhood with her neighbors,” said neighbor Linda Hawkins. “I’ve known her for 20 years. We used to exchange vegetables. She had her tomatoes and I had my squash.”

Stowell’s family first came to the Inland Northwest before the turn of the 20th century. Her grandfather opened a successful drugstore on Sprague Avenue.

Stowell did not know it, but her grandfather’s success would eventually supply her wealth.

“In the early 90’s, she became a multiple millionaire and really unknown to her that she had come into that kind of wealth,” said Mark Hurtuise, Inland Northwest Community Foundation CEO.

Following her passing, Stowell left $3 million to the Inland Northwest Community Foundation, a non-profit that awards grants and scholarships throughout the region.

A woman who lived simply her whole life suddenly donated millions of dollars; something that shocked her neighbors.

“It’s amazing. You never know about people. She didn’t need it, she kept it. She just used what she needed,” said Hawkins.

Stowell’s gift brought the INCWF over the $100 million mark.

“The byproduct of that is, it’s going to attract businesses to the community. It’s going to get other very wealthy people to start to think ‘Maybe I should leave what I have visa vi the Community Foundation to benefit the community,’” said Hurtuise.

Stowell’s choice to live a simple life will impact thousands.

“She didn’t use her resources, that kind of wealth, just to live a life of extravagance. The purity and honesty of her philanthropy was for the community and that’s really what’s to be celebrated here,” said Hurtuise.

Stowell’s donation has been placed in a fund benefiting animals, wildlife and the environment.