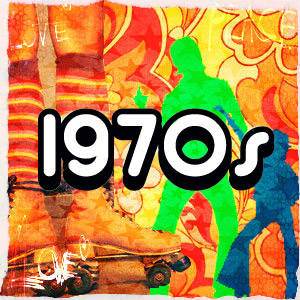 Dateline 1972 – Nixon is in the White House, an odd burglary has just taken place at the Watergate Hotel, people are swaying to Robert Flack’s number one hit “The First Time Ever I Saw Your Face” and a quiet man in Northern California stuns his friends and neighbors with his knack for playing the stock market…

Black Point Man Leaves A Fortune To The State

A retired restaurant worker with a knack for the stock market has left from $500,000 to $1 million to the State of California. George Louis Charpentier, who died Dec. 9 on a Novato street at the age of 70, retired from a Marin restaurant about 1952 after amassing a fortune in the stock market, according to his employer. Eugene Lochenbach of Eugene’s Restaurant in San Rafael said, “he was an outstanding mind on stocks, but he was tight as Scrooge.” Lochenbach said the Black Point man made and lost several fortunes over the years, but “somehow seemed to know what the stocks would do tomorrow.”Charpentier apparently started with little money and built it into a fortune of at least $500,000, the conservative estimate on documents filed with his will in the Marin County Clerk’s Office yesterday. Never married, Charpentier was survived by his brother, Louis, also of Black Point. The brother was left an undeveloped lot in Novato. Charpentier also left $10,000 each to guide Dogs for the Blind in San Rafael and Our Lady of Loretto Church in Novato. His home was bequeathed to Mr. and Mrs. James B. Sanders of Novato. Another friend, Bessie Parker of Novato, received $1,000. The remainder of his estate was left to the State of California. A state inheritance tax referee in San Rafael said the bequest will not be taxed, but was unsure what the state will do with the windfall. Friends did not know why he gave his money to California. They said he had always claimed he would probably give it to charity.

An estate worth somewhere from $500,000 to $1 million – left to the state and believed the largest ever left the state – may be a gift as strange as the giver, a miserly 70-year-old Black Point man who lived a life of surpassing loneliness. George Joseph Charpentier, a dishwasher, amassed for fortune playing the stock market, but had no use for it. He didn’t spend much, friends said, and often talked of leaving his money to charity. Nevertheless, the contents of his will surprised both friends and the state, Kenneth R. Cramer, chief of cashiering for the state Treasury Department, called the gift “one of the largest ones I’ve ever heard of.” Wills, he said, often designate money for specific institutions like the University of California, but rarely for the state itself. Such gifts, usually amounting to very little, are sunk into elementary and high school education, Cramer said. The unusual gift was left by an unusual man. Eugene Lochenbach, who employed Charpentier since 1942 at the then Hamilton Field Post Exchange and later at an Ignacio drive-in restaurant until he retired in 1952, summed him up in a story. He said that in the 1940s, Charpentier sometimes made $200 to $300 a week in the stock market, but when the battery went dead in his car, he cranked the engine by hand instead of investing $6 in a new battery. Charpentier, according to Lochenbach, his last employer, was always afraid someone would cheat him. “He was afraid one of those women was going to get him, marry him and get his money.” He never married and lived most of his life in Black Point with a younger brother, Henry, who died a couple of years ago. Henry reportedly was not intelligent enough to care for himself and his welfare was a cause of strife among the four Charpentier brothers. When Fernand Charpentier died in November 1971, he left his estate of about $35,000 to an operating engineers’ union. “I intentionally leave nothing to my two brothers, George and Louis Charpentier and any other relatives, and such omission is intentional and willful,” the will said. Louis received only a little better treatment in George’s will. He was left a piece of undeveloped land in Novato. Attorney David J. Costamagna, who handled George Charpentier’s will, said, “He felt his other two brothers hadn’t assisted him in the care of his third brother.” Charpentier at first wanted to leave everything to the state, Costamagna said, but at the attorney’s urging relented slightly. He left $10,000 to Guide Dogs for the Blind in San Rafael and $10,000 to Our Lady of Loretto Church in Novato, where he had worshipped in his childhood, and $1,000 went to a friend, Bessie Parker of Novato. Costmagna said he thought the gifts accounted for most of his estate until his client died Dec. 9. He then learned that Charpentier had $113,000 in banks and a brokerage account in excess of $400,000. The attorney said Charpentier seemed to be an uneducated man who always wore the same wool shirt and baggy suit. “I’m sure he never spent a dime in his life,” Costmagna said. The only extravagances in his life apparently were late model cars, according to friends. He reportedly drove a Cadillac. Mrs. Parker, a longtime friend of the family, presented a more humane picture. She said he was a kind man and a very good friend, but “kind of a loner.” “He didn’t want to be active in anything. He just walked around and talked to himself and watched the stock market,” she said.It was on one of his walks that he died. He was found collapsed in front of his car at the end of a Novato street where he frequently strolled. Mrs. Parker said she tried to interest him in senior citizen events and suggested ways to dispose of his estate. “I didn’t dare suggest that he leave it to me,” she said. Charpentier was born in Oregon and moved to Black Point while a boy. Working first in a Novato cheese factory, then in restaurants, his salaries were never very high, but by saving and investing he reportedly won and lost several fortunes. Costamagna said that in the last year he made $42,000 from the stock market doing most of the trading himself. “He wanted every dime he could get,” the attorney said. 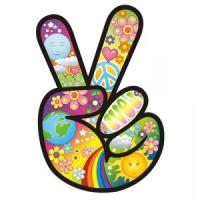 Seeking Solace in the Horizon of Life & Beyond.

Daily Devotionals on Writings Received from the Celestial -- A COURSE IN MIRACLES, A COURSE OF LOVE, THE WAY OF MASTERY, and CHOOSE ONLY LOVE